RES seeks to be a power for good in the communities that neighbour our projects by working openly and constructively to ensure sensitive design and tangible local benefits. Local communities benefit from having a RES project in their area in a number of ways.

The Local Electricity Discount Scheme (LEDS) is a new RES initiative which seeks to deliver direct and tangible benefits to people living and working closest to RES' proposed wind farms. Under the scheme £3,000 per installed megawatt for LEDS is available in addition to £2,000 per installed megawatt for a Community Benefit Fund. LEDS has been developed in response to research and feedback from local communities around RES' existing wind farms on how projects can deliver maximum benefits to them.

LEDS offers an annual discount, to the electricity bills of those properties closest to a proposed RES wind farm. The scheme is open to all residential, business and community buildings (including schools, places of worship and village halls). Participation in the scheme is voluntary and does not require any change of electricity supplier or tariff. As a fixed amount (index linked), rather than a percentage of electricity bills, LEDS does not reward higher electricity users over lower users or encourage energy profligacy.

Investment in the Community

RES believes that local communities should benefit directly from hosting wind farms in their area. We propose to establish a Community Benefit Fund of £2,000 per installed megawatt which will allow local people to benefit from the wind farm. It is up to the local community as to how the fund is managed and spent. Community funds are operating successfully at other RES wind farms in the UK.

At Black Hill Wind Farm in the Scottish Borders the fund has been used to prevent a local nursery from closure and supported a rural broadband initiative. At Kelburn Wind Farm, in North Ayrshire, the fund supported a residential art trip to Arran for pupils at Largs Academy. The fund has also supported groups such as the Organic Growers of Fairlie who look after an organic garden in the local community, the Millport Pipe Band and the Largs RNLI.  At Altahullion Wind Farm in County Tyrone, Northern Ireland, the Community Fund has supported summer play schemes, the creation of river side paths and improvements to community buildings.

RES tries to ensure that, wherever reasonably practicable, local contractors and employees are used in all aspects of wind farm development. The major opportunity lies during the construction phase when suitably qualified local firms are identified and invited to bid for different aspects of construction, such as foundation laying and electrical works. Construction materials are normally sourced locally (i.e. within the county) and local transport and plant hire companies used wherever possible. The wind farm would also support the equivalent of 1-2 part-time positions during operation and maintenance.

Expenditure in the local economy during the development, construction and operation of wind farm projects in UK varies from project to project as a function of various factors, including project size, duration and availability of local suppliers. In recent years, we have seen typical spend with local stakeholders, suppliers and service providers in the region of £279,000 per wind turbine during the development, construction and first year of project operation. In some cases it has been possible to significantly improve on this number. RES estimates for Minnygap Wind Farm a local spend of approximately £2.7 million in the area. Expenditure in the local community continues throughout the operational phase of the project.

RES' Meikle Carewe Wind Farm in Aberdeenshire was commissioned in 2013. Consisting of 12 turbines, the 10.2 MW project has provided significant local economic benefits with over £1.1 Million spent locally to date. Contracts were set up with local hotels and cleaning companies. All the stone and concrete used during the construction process was sourced from local suppliers and local drivers utilised to deliver materials to the site. The balance of the workforce at Meikle Carewe lived locally during the working week, creating significant revenue for local accommodation providers. For the 25 year lifetime of the project RES anticipates to spend locally in the region of £6.7Million, of which £3.3 Million will be paid to the local council in business rates. 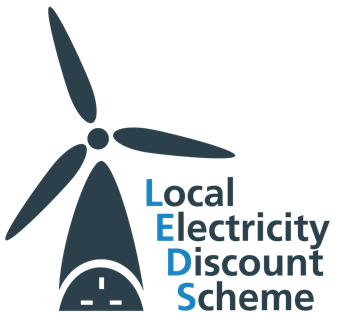